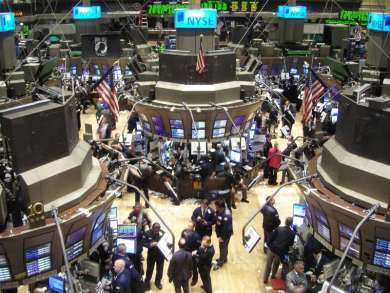 Us Futures are signalling a positive start after the sell off yesterday. European markets are trading with a negative bias for the second day in a row. Main reason for the worry is the weak U.S. housing data which questines the global economic growth.
The federal reserve will release a statement after the two day meeting on policy, it is expected to keep the interest rate near zero for an extended perieod of time. They have to consider the situation in europe while deciding on policy because the debt worries of Europe will have negative impact. The financial markets may move in a sideways fashion till the statement is released.
But The positive sentiments that we saw two day's back due to chinese currency situation was completely reversed because of the weak housing data from united states.
The eur/usd pair is also trading in a sideways fashion for the last two days. The reversal from the lower levels to 1.24 seems to have stopped. And it seems the index is waiting for clues from Europe and U.S to emerge.

Posted by San at 4:56 PM
Email ThisBlogThis!Share to TwitterShare to FacebookShare to Pinterest

All the contents of niftychartsandpatterns are for educational purposes only and are not Investment Advice or recommendations offered to any person(s) with respect to the purchase or sale of the stocks / futures. Niftychartsandpatterns shall not be held responsible for the actions of individuals, parties, or corporations taken in response to the ideas, thoughts, concepts or information presented in this blog. Hence all the visitors are requested to apply their prudence and consult their financial or investment adviser before acting on any of the Ideas in this blog.